You are here: Home / M is for Monkey Tot School Unit

This shop has been compensated by Collective Bias, Inc. and its advertiser. All opinions are mine alone. #FuelTheirAdventures #CollectiveBias

Though our Tot school is still very much informal at this point, sometimes we do more in depth themes. And by in depth, I mean somewhat in depth as Squeaker’s attention span is still quite short. Still, I try to capitalize on her interests at the time and the most recent theme that we tried out was based on monkeys. To make it more of a theme, we decided on M is for Monkey as our tot school theme. We may revisit this in the future. 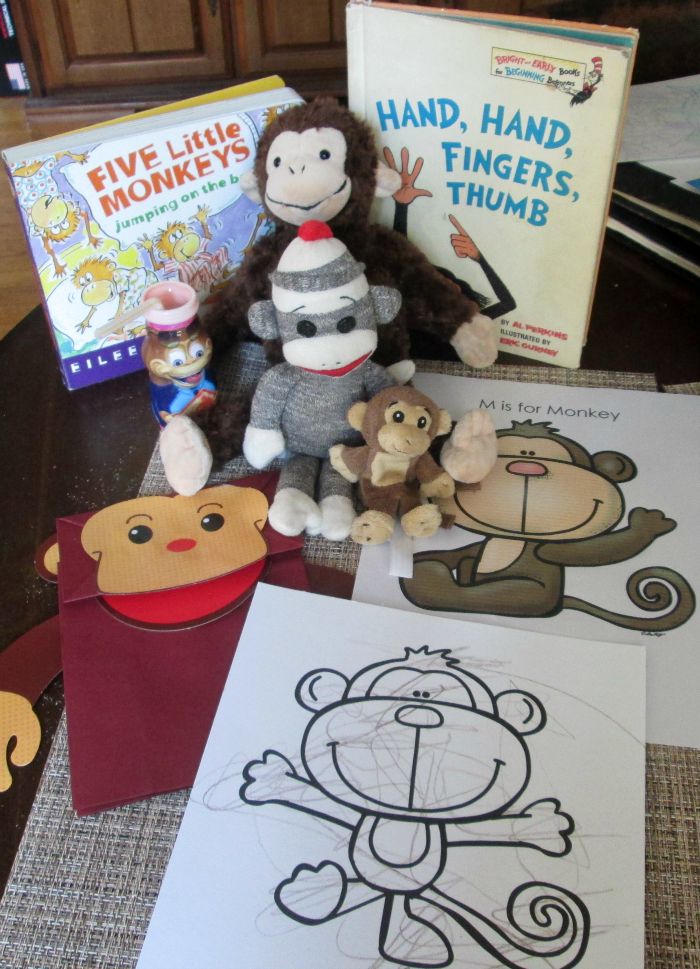 For Squeaker, I wanted to keep this simple, yet fun. So I started looking through the books that we have at home and started digging through her stuffed animal collection to find as many monkeys as possible. I wasn’t sure how I would incorporate them into our unit, but I felt that it would be necessary to include them somehow. 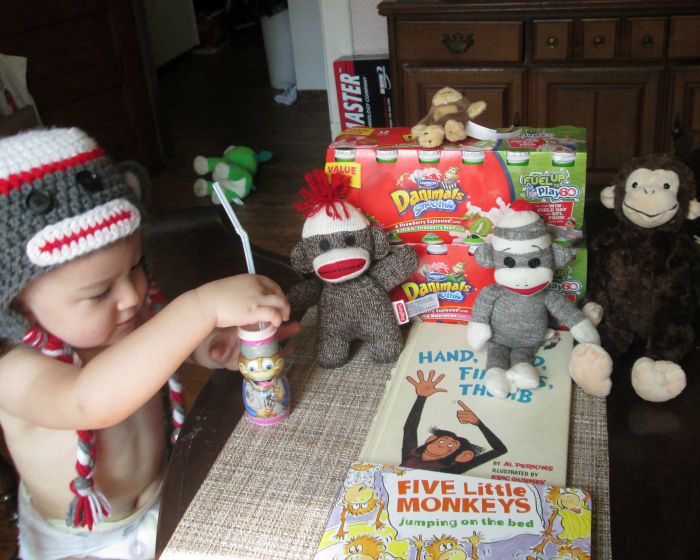 To start her unit though, she wanted a little snack so I grabbed one of her Dannon Danimals smoothies from the fridge (she proceeded to grab the two containers that we had and stacked them on the table) before deciding on which one she was going to have. 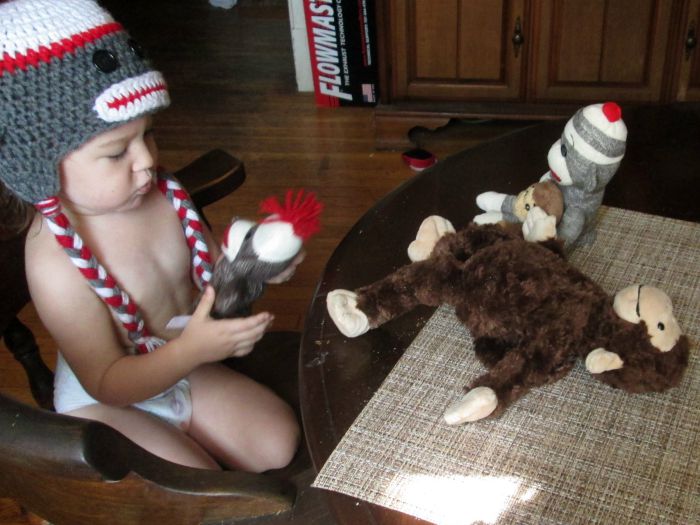 After having a quick drink, we started out our unit with monkey sorting. We sorted the four monkeys by size and while we sorted them, we also made monkey noises. I think Squeaker had a lot more fun making monkey noises than she did sorting monkeys. But, she’s not yet two years old so I expected that. 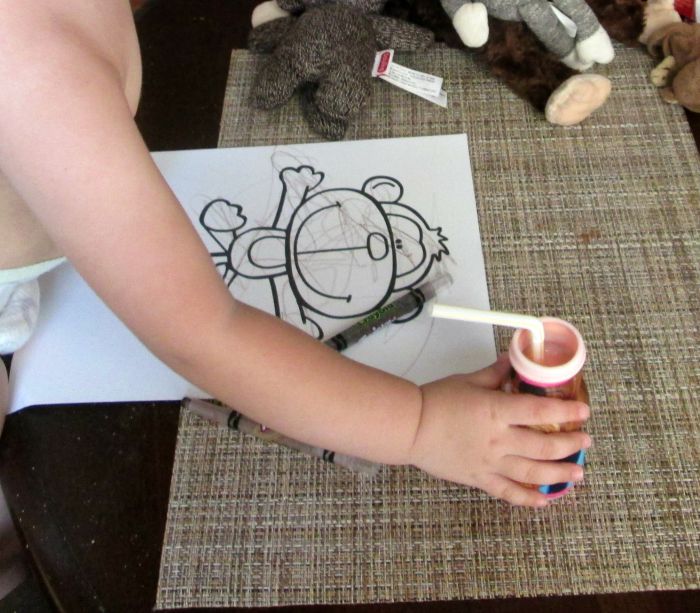 Next, I printed out a few of the coloring pages from the printable pack (which is included as a download in this post) for her to color. She did stay mostly within coloring on the paper and she mostly colored the monkey. Naturally, she had to take another sip of her smoothie before continuing on with the next part of our learning adventure. 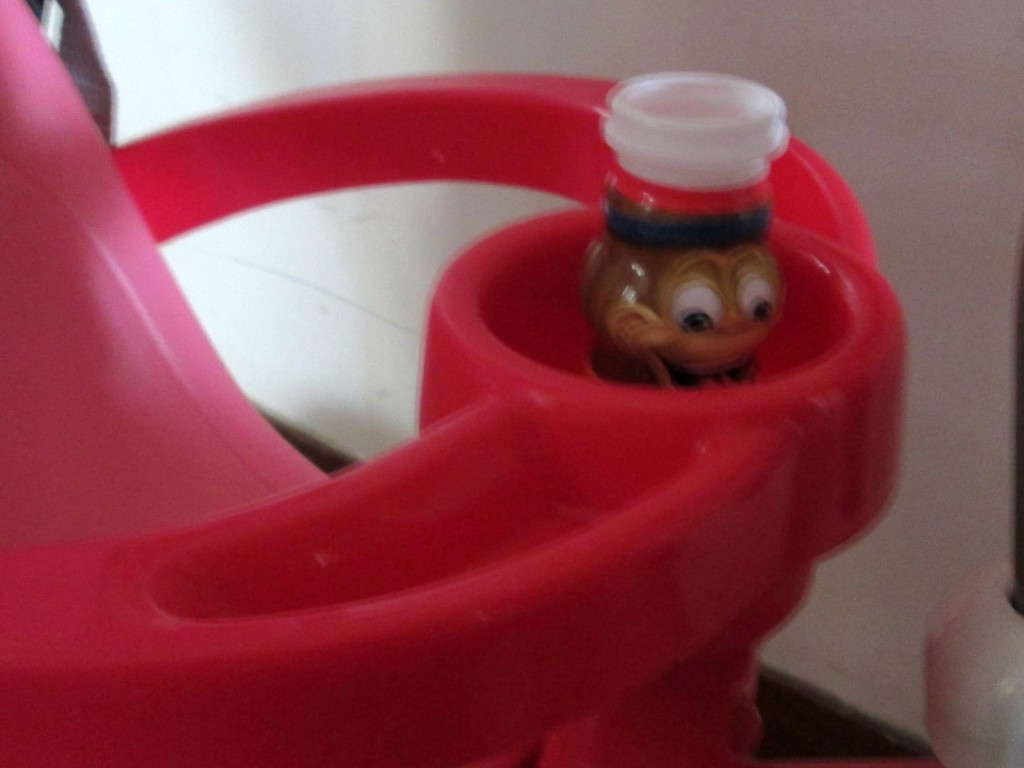 Next, it was time to move like a monkey. After doing a little bit of bouncing and jumping to go along with the book, 5 Little Monkeys, Squeaker decided that it was time for her (my little monkey) to take a little ride in her trike. She can just now reach the foot pedals but still needs to be pushed along.

I grabbed her smoothie and put it in the cup holder for her. 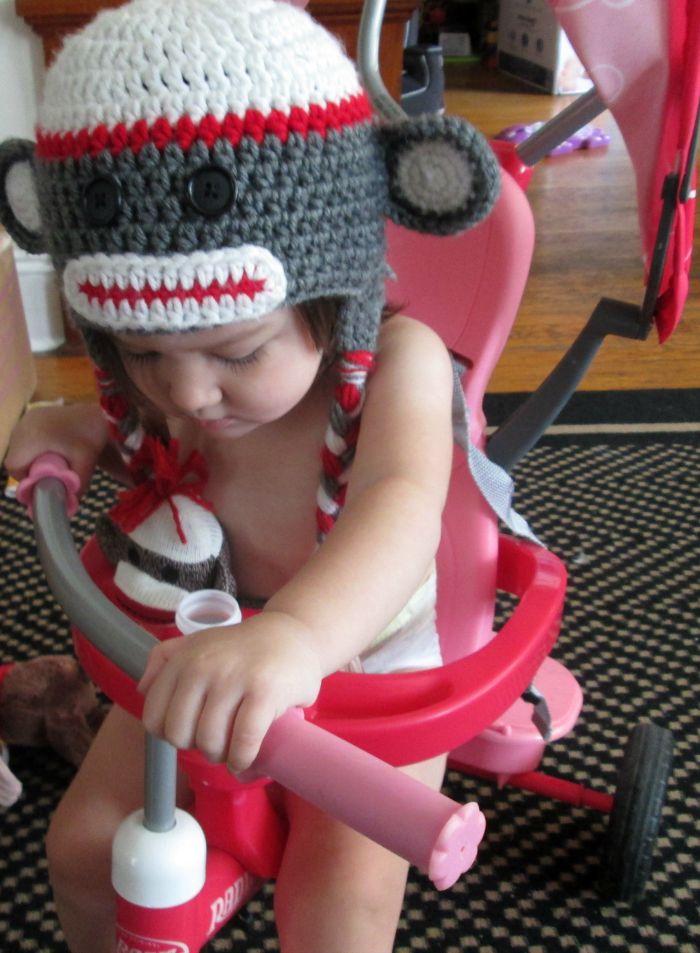 The straw disappeared after she realized that she needed both hands to hold the handlebars.

We took another break after that so Squeaker could take a nap, and wouldn’t you know it- her interest had all but faded away by that point. Still, I think that she had a lot of fun with this and we’ll definitely explore monkeys again in the future.

We’ll keep the adventure and fun going all day long, no matter what we’re doing with Dannon Danimals– the perfect pair for after school, at school, during tot school, or to start the day. Dannon Danimals helps provide the good stuff, with no high fructose corn syrup, artificial colors, or flavors. It’s also a great source of calcium and Vitamin D.

Dannon Danimals has also teamed up with the NFL to partner with their Play 60 Contest. Have you heard about it? I’m sure you’ve seen the commercials encouraging kids to get outside and play for at least an hour a day. By finding a Golden Bongo bottle (in specially marked packages of Dannon Danimals) your child could win a Play 60 field day for their school with NFL pros!

You can find Dannon Danimals in the dairy section of your local Walmart: 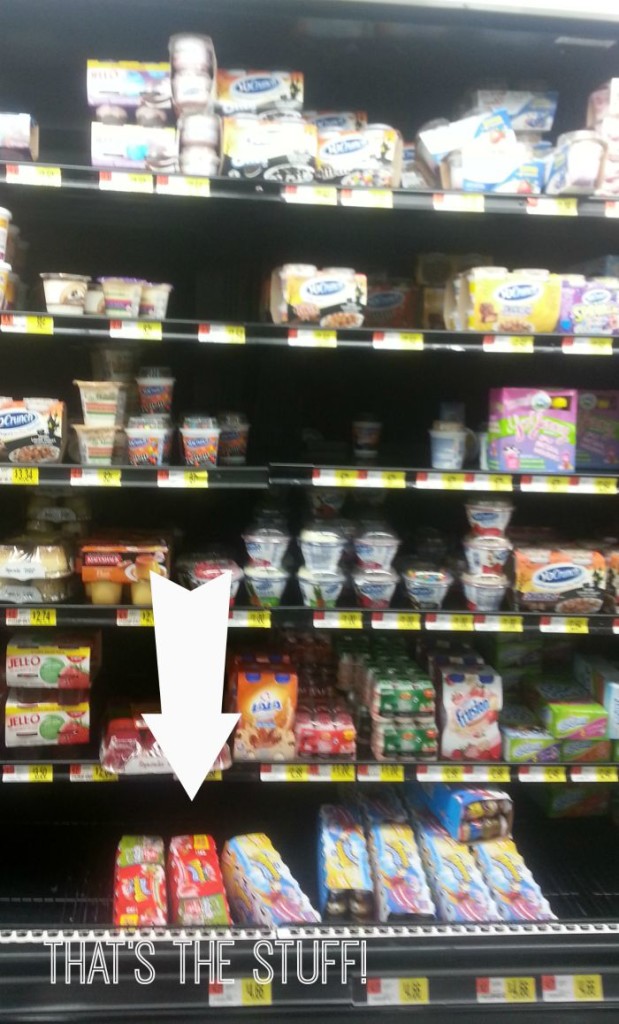 That’s how we fuel our adventures with Dannon Danimals. What would you do? 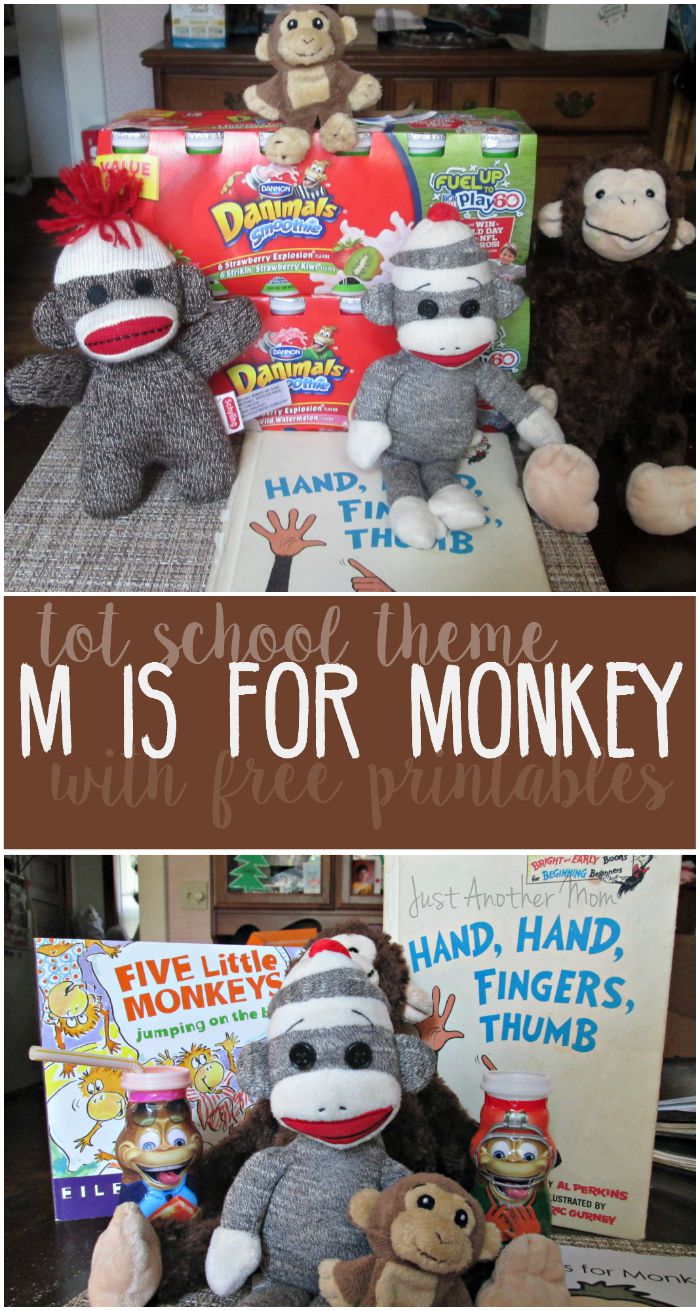