You are here: Home / Family Life / Should Babies Have Screen Time? 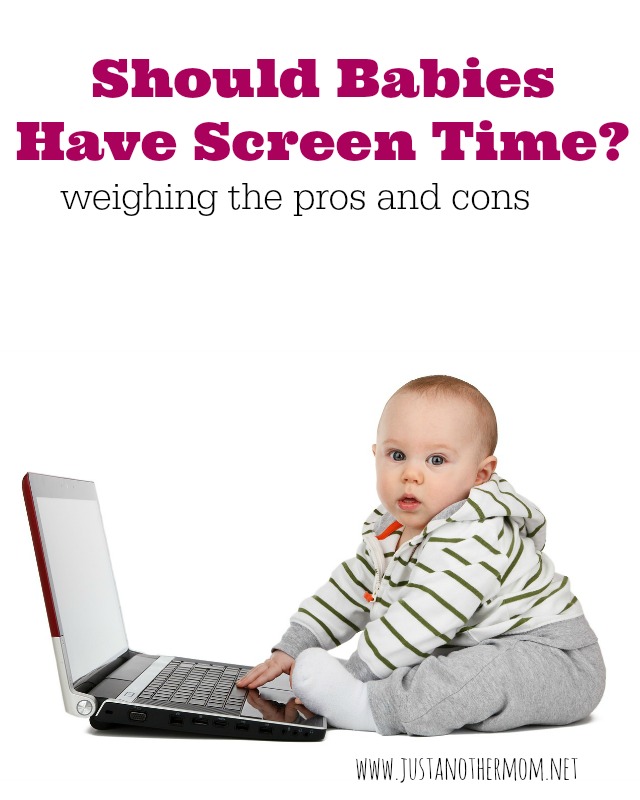 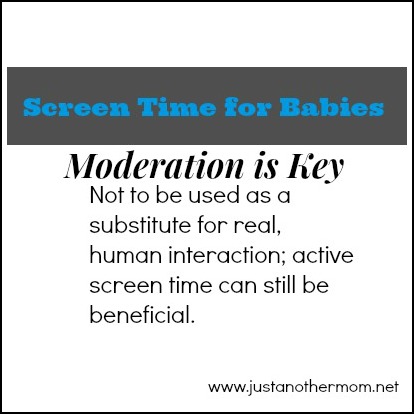 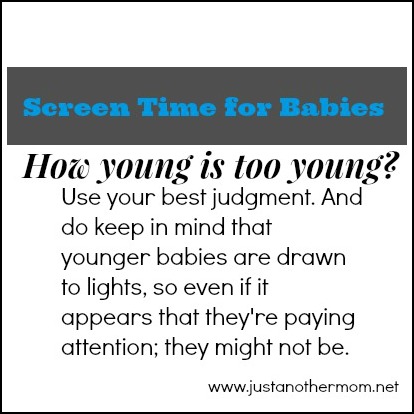 This, I feel, is debatable. While some may feel that any child under the age of two is too young to be interacting with any sort of screen (phone, television, etc.), some will argue that it’s beneficial to children of all ages. Where do I stand? I’ll put it this way- Squeaker does not watch television on purpose. I don’t turn on the television, set her in something and walk away. She responds to the Jeopardy theme music because we watch it every night. But beyond that, she doesn’t watch television. Yes, we occasionally watch Baby Einstein videos together but that’s also in moderation. I want to keep her screen time minimal until she’s a little bit older. Do I want her to be technologically savvy? Yes, and no. I think that she should be aware of what’s out there but I’m also not going to inundate her with it. 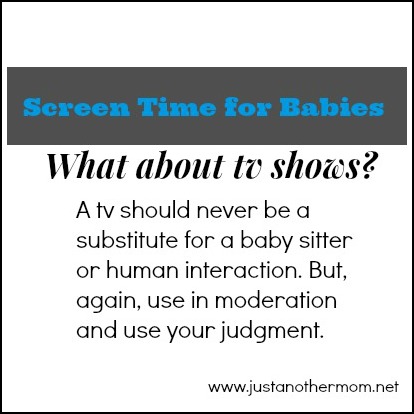 This, I would say, is also debatable and definitely an individual decision. Squeaker recognizes the Jeopardy theme music because it’s part of our evening routine. She doesn’t really watch the show beyond that, though she does enjoy Wheel of Fortune whenever people are applauding. She doesn’t really know any kids shows because I don’t let her watch them. She does know Baby Einstein because I feel that’s okay for her to watch- in moderation. I watch with her and talk to her for the duration. Even though each video is an hour long, the longest we’ve watched at any given time is fifteen minutes. And sometimes I feel that’s still too long. 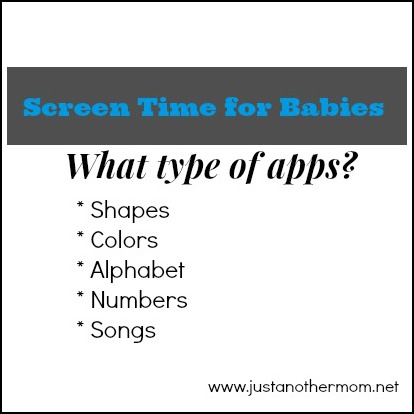 If you do decide to let your baby have screen time with a smartphone or tablet, I’d recommend the educational apps. Fisher Price makes a few of them to go along with their Laugh and Learn line of toys. This is not an area of expertise for me because it’s not something that I actively do with Squeaker. Maybe when she’s a little bit older, we’ll incorporate this into Tot School but that’s still quite some time away. Still, if you’re going to use apps- also use your best judgment. Interact with your child, don’t expect for them to master something straight away. If you show interest in it, chances are that they will too.

So, what do you think? Is screen time beneficial or harmful for babies?