You are here: Home / Autism and Special Needs / The Different Signs of Autism in Toddler Boys vs. Toddler Girls

Many young children are not diagnosed with autism until they’re in the toddler stage. It really depends on what you’re looking for with the initial signs of autism and if you’re mindful of the development. I’m not suggesting that all children should be diagnosed, of course. But parents should at least know what to look for. Especially because if you can catch the signs early, you can start therapy early. Early Intervention services were a blessing for us.

Sometimes it may also be difficult to discern between a stubborn toddler and an autistic toddler.

After all, when your toddler is in the midst of an epic temper tantrum, we really aren’t going to stop and think- could this be a sign of autism? 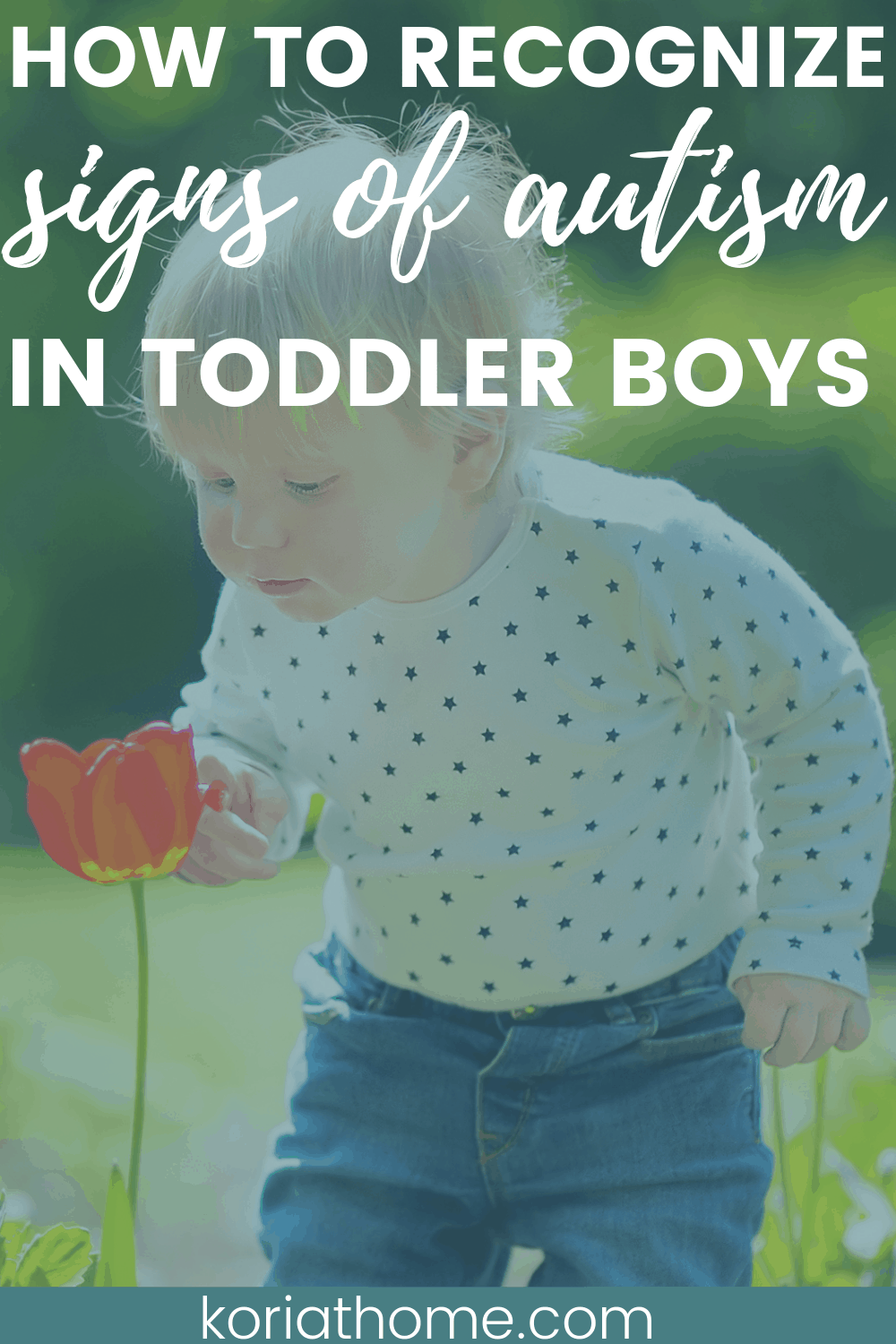 Signs of Autism in Toddler Boys

Autism is diagnosed far more in boys than it is in girls.

Often, toddler boys at the age of two, will start to show more of the social signs of autism. And, they will also start to exhibit more sensory issues and restricted interests. If the child is in preschool or daycare, it becomes far more obvious and evident.

Toddler boys may also have more difficult connecting with their caregiver and have additional sensory dysegulation issues. So things like birthday parties and field trips may prove to be exceptionally difficult.

And, because autism is more obvious in boys than girls, autistic toddler boys often get access to early intervention services sooner.

You may also like: How to Prepare Your Autistic Toddler for Preschool 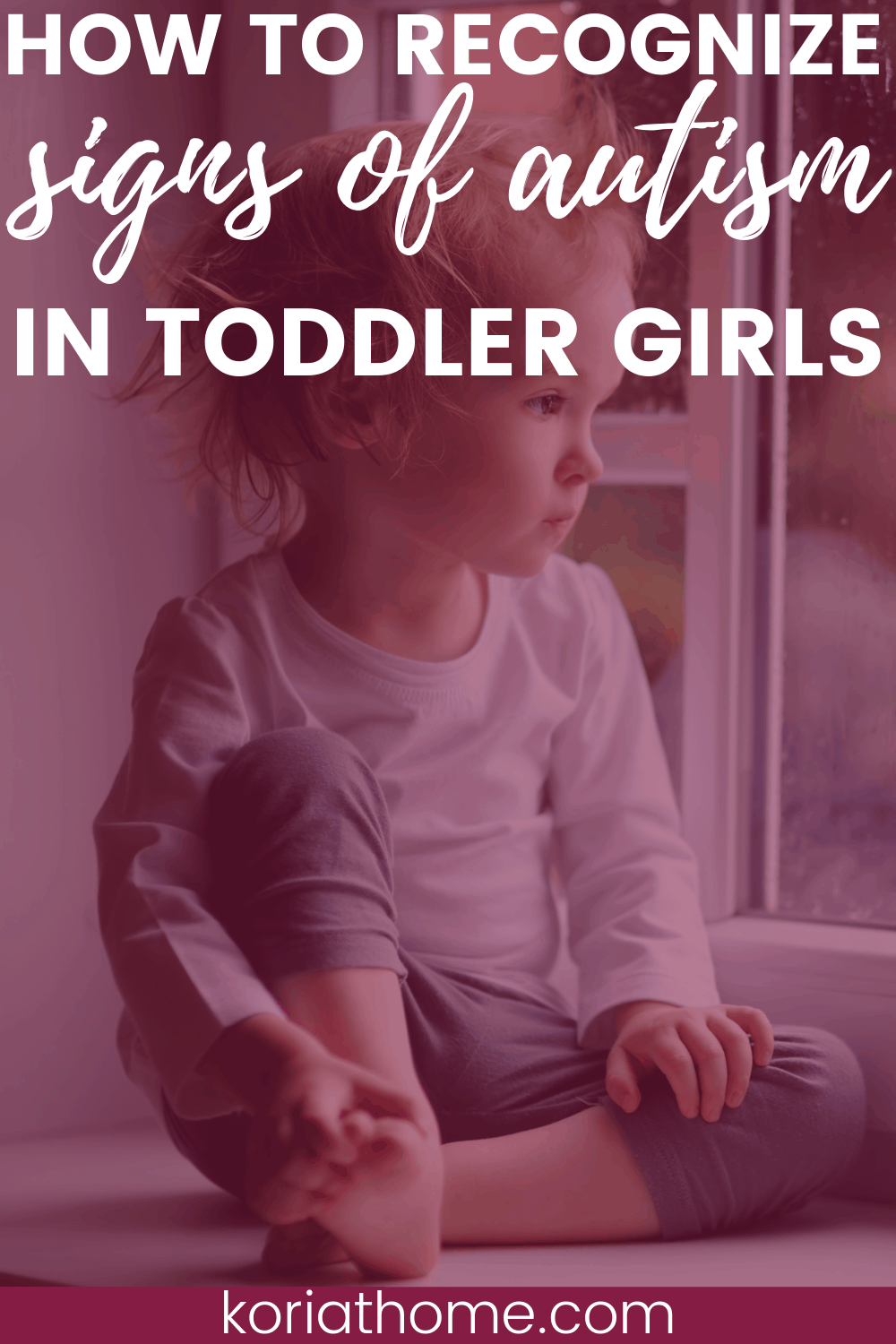 Signs of Autism in Toddler Girls

Generally speaking, of the four children diagnosed with autism, one of them will be a girl. Doctors, however, are starting to realize that autism in girls is not less common. Rather, they are being misdiagnosed with a social communication disorder or a developmental disorder.

And one study suggests that autistic girls are less likely to exhibit the “classic symptoms” that are often seen in boys. Those include:

And without this official autism diagnosis, autistic girls are less likely to receive the necessary services that their male counterparts would receive. 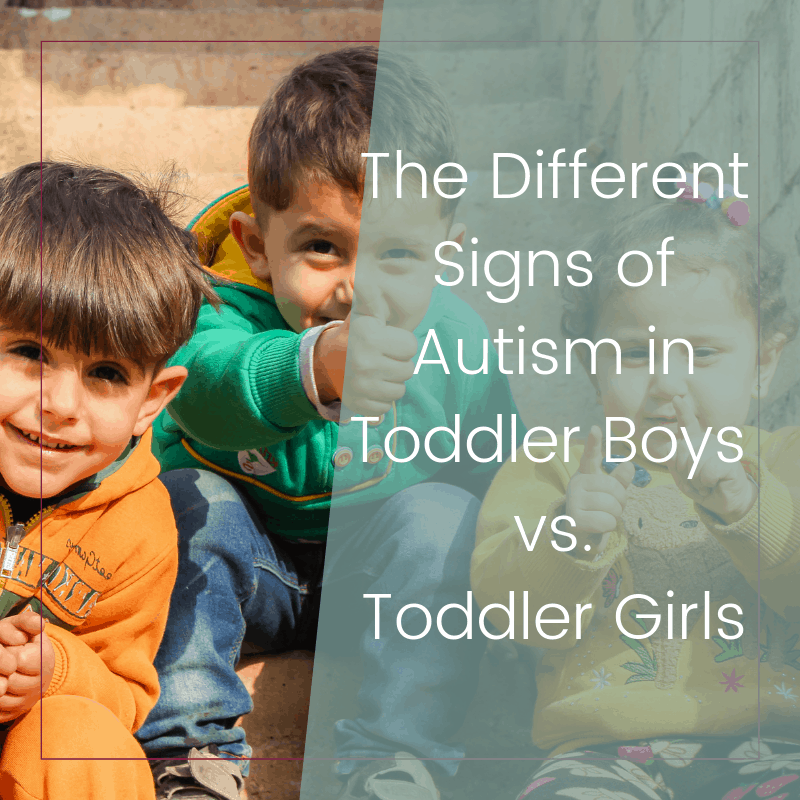 When to speak to your pediatrician about your autistic toddler

During your child’s routine checkups, your child’s pediatrician should also be assessing for developmental progress and delays. But, it’s in between those appointments that you’ll want to pay attention to what’s going on. This is especially true if your child is in daycare, but you can also gauge this by taking them to a local park or playground.

If you feel like something is not quite right, speak with your child’s pediatrician. You may even want to print out a set of the new diagnosis toolkit to take with you.

Next steps to take after your toddler’s autism diagnosis

After your toddler receives a diagnosis, the next steps are usually a referral to Early Intervention services (if one has not been made already) so you can begin therapy. Or, you may want to pursue a second opinion if you and your child’s pediatrician aren’t on the same page.

You can also find parent support groups to join, either locally or online.

Previous Post: « Home Improvements You should Always Keep On Top Of
Next Post: Fall Handwriting Practice for Preschoolers Printable Worksheets »