You are here: Home / Autism and Special Needs / The Year That I Made Santa Claus Cry

29shares
Holidays with a non-verbal autistic child have never been easy. In fact, some holidays have fallen by the wayside completely- I’m looking at you Easter and Halloween. That’s not for a lack of trying because we did try.

And maybe some holidays were salvaged or at least scaled down.

Easter just couldn’t work for us and Halloween required a little bit of savvy on my part.

Thanksgiving… well, we’re mostly okay. It’s a food related holiday, after all, and as long as we had food that was okay for Sweet B; we were fine. I just never expected for her to eat what everyone else was eating. Knowing what I know, it just wasn’t realistic.

So that brings me to Christmas. My favorite holiday and one of my most favorite times of the year- with a few exceptions.

One being the year that we almost didn’t put up a Christmas tree. Another being the first year that I worked in retail and thus worked on Christmas Eve.

And then there was the year that I made Santa Claus cry.

No, not dad dressed up as Santa.

I’m talking about one of the mall Santa’s. The type that we avoided because I knew it was going to be a disaster. The type of Santa that I would print out a letter to take with us. It wasn’t intentional. I’m not a vengeful person so it wasn’t like I was seeking revenge for a bad childhood experience. I wasn’t bitter about not getting that dollhouse when I was younger.

But still, let me tell you about the one year that I made Santa Claus cry. 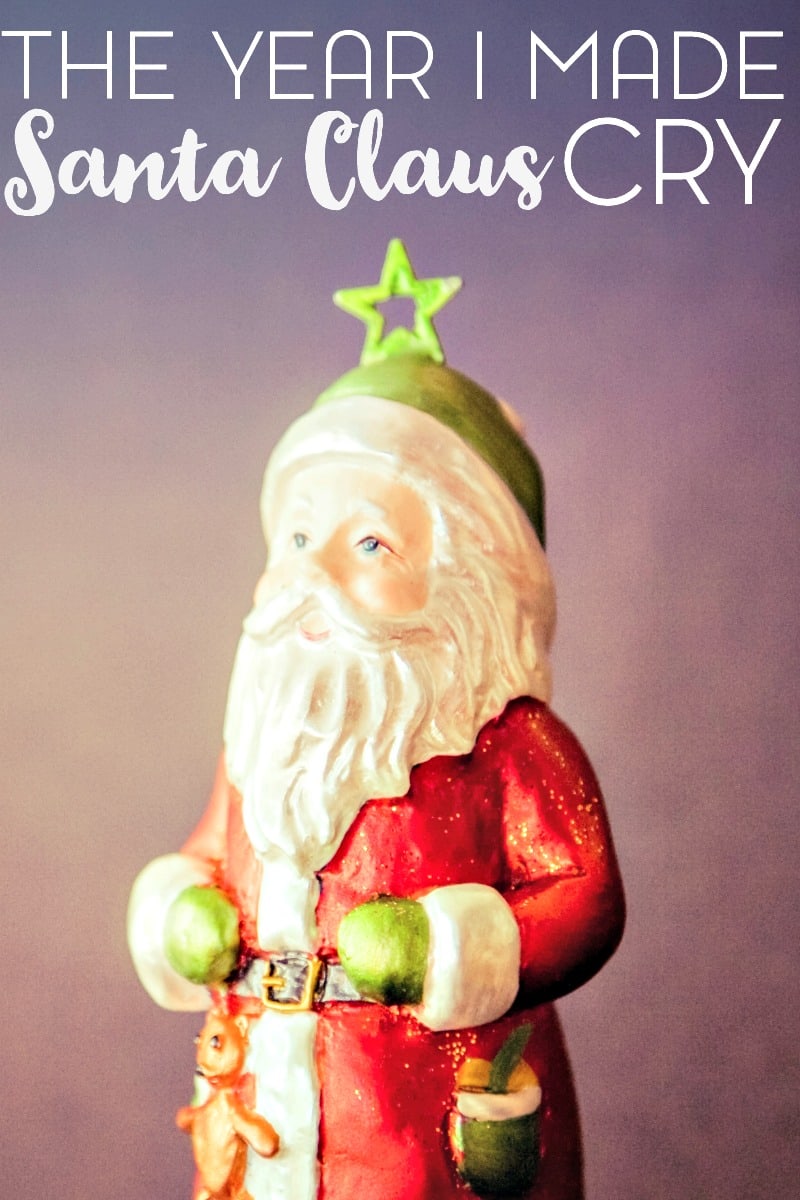 Was this really going to be the year I ruined Christmas?

Okay, so maybe it would be more accurate to say that I made a grown man cry. But really, how many times in your life can you say, “I made Santa Claus cry” … because that’s what I did.

No. I’m not that type of person.

Maybe I just needed to explain to someone who didn’t get it.

Maybe he also knew someone with autism or had an autistic child in his family.

I will know that I probably stayed a little bit too long.

I will remember the strange looks that my 11 year old non-verbal autistic daughter and I received as we stood in line.

I will remember the exact of amount of pressure that I had to apply as I held her sweaty palm.

I will remember the angles that she took as she rocked back and forth on her heels.

I will remember explaining, rather patiently, to the confused woman dressed as an elf; that my daughter is autistic. She wouldn’t do well on her own.

I will remember the smile on my daughter’s face as we approached Santa Claus. Such an incredible change from her previous meltdowns that lead to a near 4 year absence of visits to the mall at Christmas.

I will remember the way that my daughter stroked Santa’s arm as I explained, again rather patiently, that she was seeking sensory input. Santa merely nodded in silent acknowledgement.

I will also remember when Santa asked what she wanted for Christmas. And instead of waiting for him to ask her a second time, I spoke up.

I told him that she was non verbal, obsessed with the Wiggles, and that she also enjoyed watching Dora the Explorer. Anything that made music or had lights would be appropriate and appreciated.

Again, Santa nodded in silent acknowledgement and smiled at my daughter.

Then, as he was preparing to take the picture with her, I asked if I could have a moment. Perhaps they heard this often from parents of special needs children.

Either way, my request was granted. And after Sweet B had her picture taken, I was granted a moment with Santa. 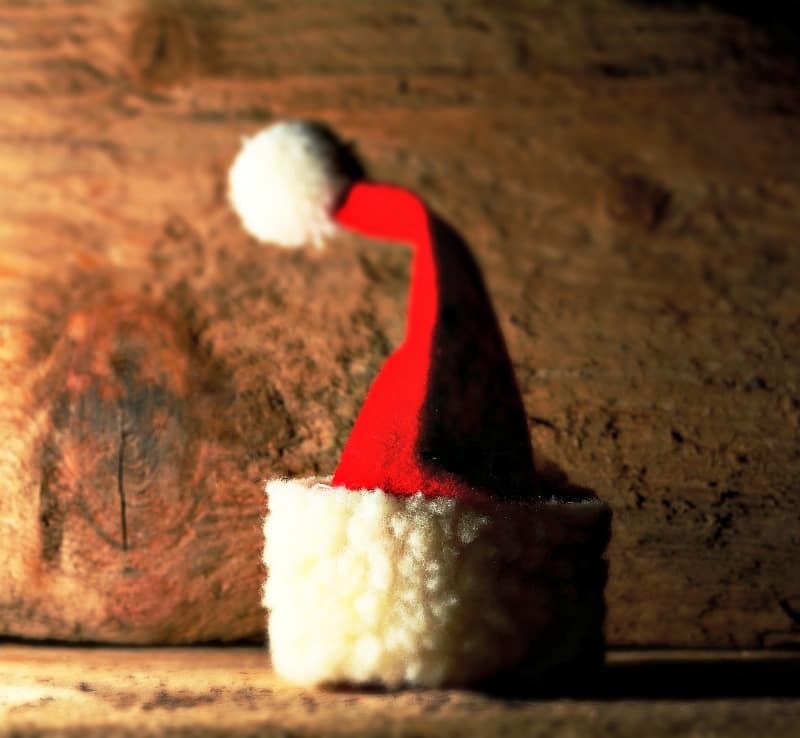 My grown up Christmas wish for Santa Claus

Knowing full well that he was just a man in a suit, probably just looking to make a few extra bucks to pay for Christmas presents; I readied myself. I took one steadying breath and then looked at him.

I’m not sure how long we held eye contact, but that was certainly enough it seemed. Long enough for him to see everything that he could possibly see. Not that my mask was starting to crumble by any means. But perhaps, just perhaps, for that one moment I was showing signs of weakness.

Perhaps he could already see my composure starting to fall or maybe he noticed the bags under my eyes indicating the lack of sleep. My posture wasn’t great and I’m sure that there was a general air of “defeated” written in my aura.

Still, I sat beside him after politely declining the customary spot on his knee. My daughter hadn’t sat on his knee and she was a child at the time. Here I was, a grown woman. So instead, I sat next to him and my daughter sat on my lap.

Nervously, I fiddled with the sleeves of my jacket. Then, after tucking a few strands of hair behind my ears, I took another deep breath.

I told him the truth. That of course, I realized he wasn’t really Santa Claus. But that I had to ask anyway. Because maybe if I spoke it out loud, it would somehow come true. That somehow, a miracle would happen.

I told him simply, I didn’t want anything for Christmas. At least nothing material or that could be purchased at one of the shops in the mall. I didn’t want money.

All I wanted, as my eyes started to well with tears and my voice started to break; all I wanted was a voice for my daughter.

I didn’t explain beyond that. I wasn’t sure if I would have enough time to explain PECS or communication devices.

And when Santa didn’t reply, I merely repeated my wish.

When it became clear that Santa didn’t know what to say, I stood and I smiled. I wished him a Merry Christmas and accepted my complimentary candy cane.

And as I walked away, I turned to look back. Perhaps to see how Santa was preparing for the enthusiastic four year old in line.

That was when I saw him removing a mitten to wipe quickly at his eyes.

Perhaps I give myself too much credit and he was just wiping away sweat.

But I had done it. I had made Santa Claus cry.

It wasn’t until several years later as I was trying to plan out my daughter’s future that I finally realized I never had to ask for a thing.

Even with all of the communication systems in place for her- I am her voice when she needs one. I am her mother and I am her advocate.

And that was one of the greatest gifts that I have ever been given. 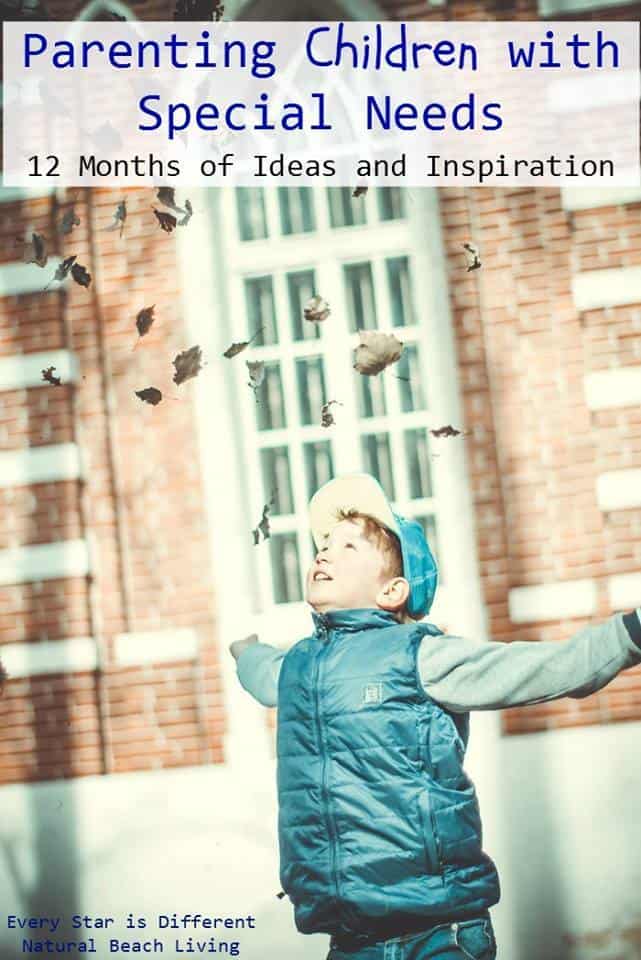 This post, though one that I have been meaning to write, is a part of a 12 month series that I am honored to be participating in. Be sure to check out the rest of the amazing posts in this month’s series.

Free Christmas Visual Schedule for Kids | Every Star is Different

Navigating Trauma and PTSD Over The Holidays | STEAM Powered Family

26 Holiday Survival Tips for Autism Families | And Next Comes L

The Year That I Made Santa Claus Cry | Kori at Home <— You are here!

Conquering the Holidays: They Don’t Need to be Perfect | 3 Dinosaurs

Why I Canceled Christmas: What You Need to Know about Surviving Holidays | Carrots Are Orange

Surviving the Holidays With a Child With Anxiety

I Canceled Christmas: Surviving Holidays with an SPD Child

Oh my goodness, you’ve made me tear up too Kori. You’ve written this so beautifully, it feels as if we’re there with you. But I love your last line most of all – “Even with all of the communication systems in place for her- I am her voice. I am her mother and I am her advocate. And that was one of the greatest gifts that I have ever been given.” Thanks for sharing this x

Conquering The Holidays: They Don’t Need To Be Perfect | 3 Dinosaurs

Okay, so I was not expecting to cry as I read this, but I totally did. Such a beautiful post.

Beautiful.
You were one of the first people I connected with when I began blogging and advocacy for my children; love that you’ve continued to grow and inspire. You’re doing such a great job as a mom and here as well.
MERRY CHRISTMAS!
Thanks and love,
Full Spectrum Mama