You are here: Home / Autism and Special Needs / The Dangers of Vaping for Teenagers with Autism Spectrum Disorder

Have you heard of vaping? Vaping is the inhaling and exhaling of aerosol vapor from an e-cigarette or similar device. And for many, vaping quickly escalates to addiction status. Folks, we’re talking about nicotine addiction. This is the same thing as smoking cigarettes but vaping should still be considered a serious health hazard. It is NOT a “healthy alternative” to smoking cigarettes. And for teenagers on the autism spectrum? Vaping is downright dangerous.

In fact, that risk carries over to any teenager with low-impulse control. 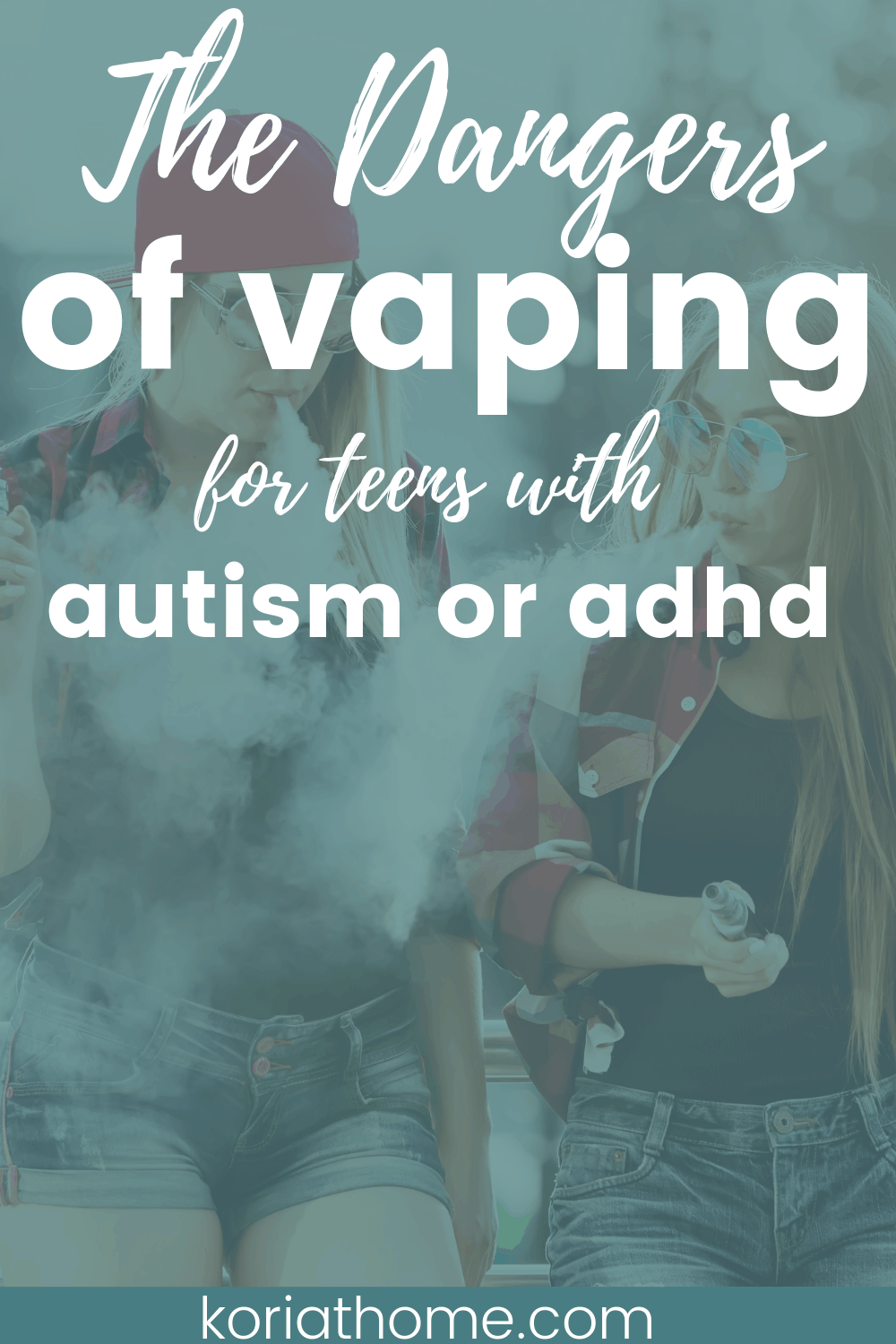 Why is vaping so dangerous for teenagers with autism?

Autistic individuals often have executive functioning deficits. Because of this, a teenager with autism (or ADHD) that has low-impulse control or poor decision making skills then becomes more susceptible to becoming addicted. This could be as a result of following the crowd and just wanting to fit in.

However, for teens who have this lack of executive functioning ability along with low levels of naturally occurring dopamine, they are also at greater risk for longer term abuse and addiction to nicotine.

Nicotine, by the way, is a drug that stimulates the central nervous system and release dopamine. Dopamine is the “feel good” hormone.

Nicotine, in essence, helps your teenager because it delivers a stimulant which may briefly help with focusing. Long term, however, there is a serious craving and addiction that develops.

What to look for if you suspect your teenager is vaping

Vaping devices tend to be small, usually the size of a mobile flash drive. And the odor is sweet. So your teen could very well be vaping already. Vaping devices, in contrast to cigarettes, can only be sold to individuals ages 18 and over. For cigarettes, in 18 states at least, the legal age was raised from 18 to 21.

For the most part, when it comes to vaping addiction, you’ll want to look for similar warning signs that are connected to smoking cigarettes:

Also, something to keep in mind, vaping is not just limited to nicotine. There’s “just flavor” vaping and also marijuana vaping.

But vaping is supposed to help smokers quit, isn’t it?

No, not really. It’s just replacing how the nicotine is delivered into your system. Further, according to research from Yale 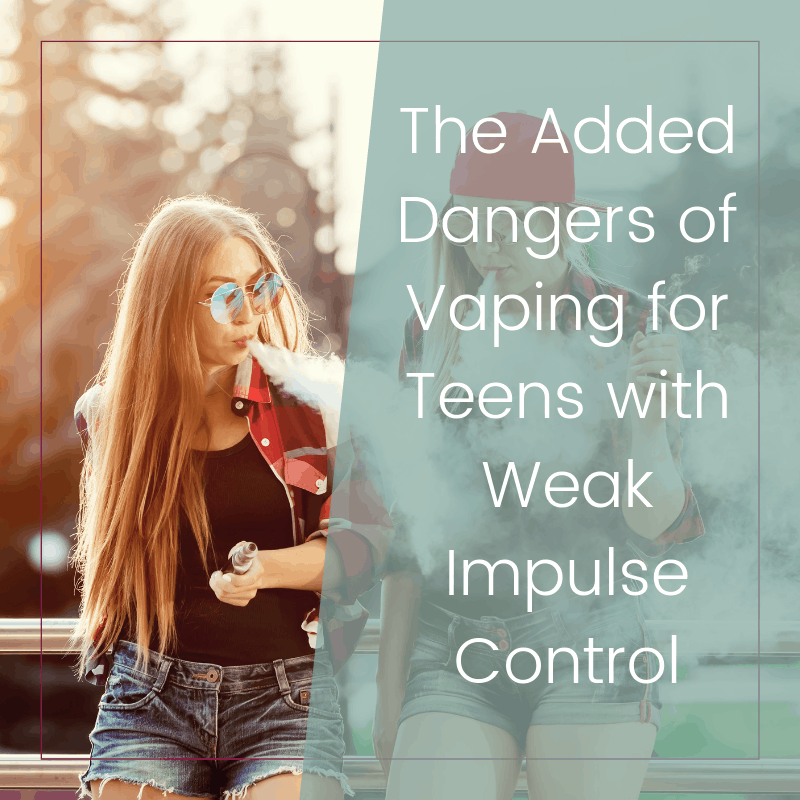 What steps can parents take to help their teenager who is vaping?

First, things first? Be honest. Do not use scare tactics and only use accurate information when bringing this up with your teenager. Be familiar with the products and know their names and uses. Remember what they look like? Vaping pens often look like USB memory sticks. Open a line of conversation with your teenager and be supportive.

What are the other dangers of vaping for teenagers?

In addition to the potential for an addiction to nicotine, there are many added health risks.

The toxins, for example, found in the vaping liquid include glycerin and propylene glycol. Those were approved for food and stomach absorption but when they are inhaled? They can potentially start breaking down the surfactant in the lings. This causes irreversible, permanent, bilateral lung damage.

Now, when you get lung cancer from smoking, surgeons can still remove a portion of the lobe of the affected lung. But, with vaping and the pervasive Bronchiolitis, this could result in untreatable lung damage.