You are here: Home / Family Life / Making the Most of 102 Minutes

We’ve seen it said by experts, or maybe we’ve said it ourselves, “television should not be a babysitter for your child,” and while I do wholeheartedly agree with this statement; I can only agree with it most of the time. I’m a mom of three, certainly not a certified expert in child development but I think I have a grasp on this whole parenting thing. Or at least I’m doing a great job pretending that I do. I’m a stay at home mom, which means of course, that I have all of the time in the world to do crafts, activities, make amazing homemade meals, bake cookies, keep a clean house… you get the picture. So why do I let television occasionally babysit my toddler when I could very well be doing crafts, singing songs, and reading books to her? 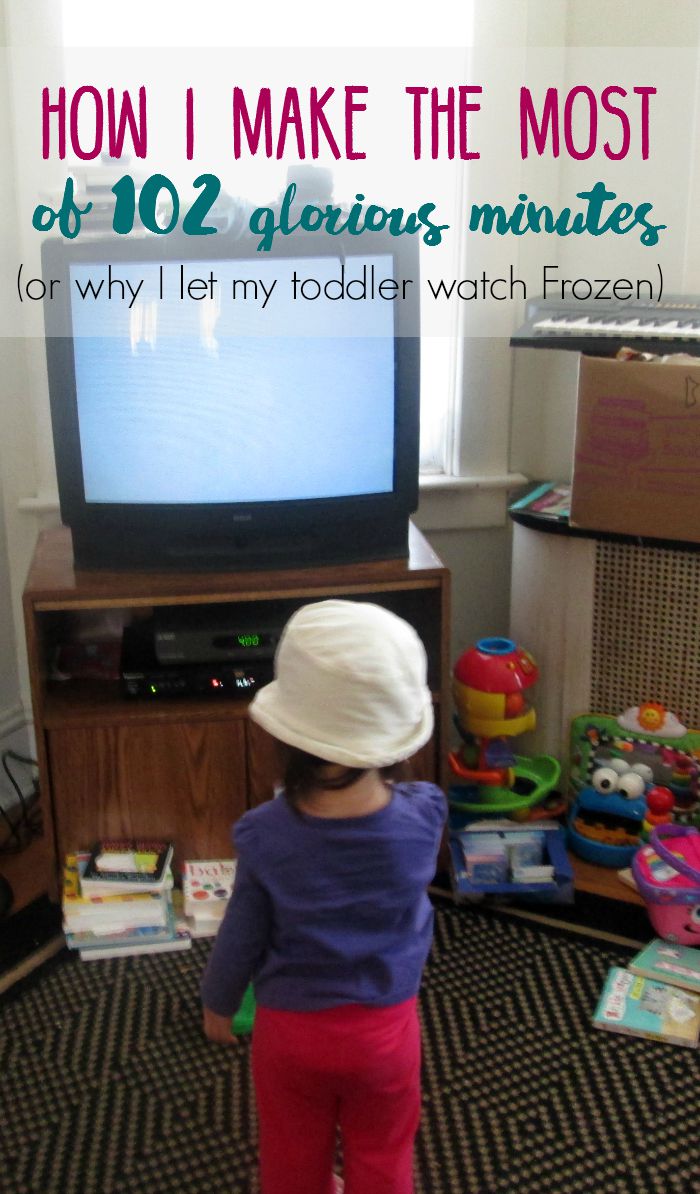 Because I need to get things done.

And well, because there’s only so many times that I want to sing Itsy Bitsy Spider or read The Very Hungry Caterpillar or grab the finger paint and let her get in touch with her creative side.

But in reality, what it all boils down to? I need to get things done.

And I know that when I pop in Frozen, for 102 glorious minutes… I can get stuff done.

Mostly uninterrupted because well, she’s a toddler and she’s not going to sit through it all at once. She still gets up and makes messes and gets into things that she’s not supposed to. But I’m okay with that. So long as she’s not burning down the house, drinking cleaning products, or otherwise causing mass destruction and chaos; I’m okay with her being in the other room while she has her friends Anna, Elsa, Olaf, and Sven.

And it’s not like I’m leaving her home alone to go out and run errands, she’s in the next room or at least within hearing distance. I can still hear her making a mess or singing along with the movie.

Frozen also works wonders when she decides that she needs to throw a tantrum for no apparent reason. She’s fed, she’s got a clean diaper.. one minute she was happy and then this happens: 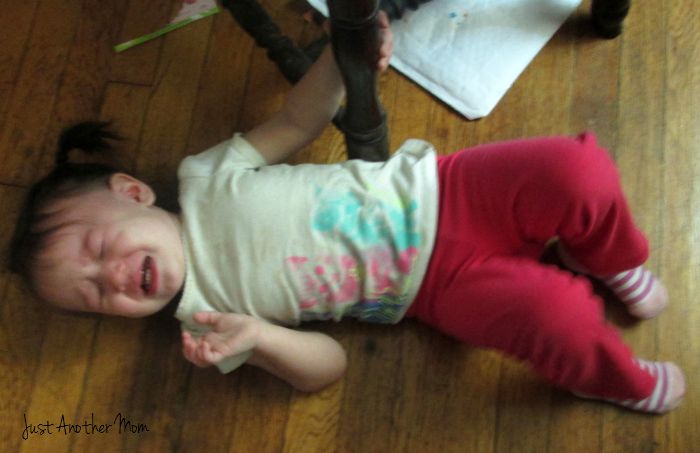 She’s on the floor, kicking her legs and screaming at the top of her little lungs. It’s impressive… really. How such a tiny body can create such an ear piercing, sometimes headache inducing, shriek.

However, once she hears the opening of Frozen… it’s an almost instant change. It’s as if Tinker Bell has flown out of the screen, into my living room (or dining room or kitchen- wherever she’s having her tantrum), sprinkled some magical fairy dust and *poof* 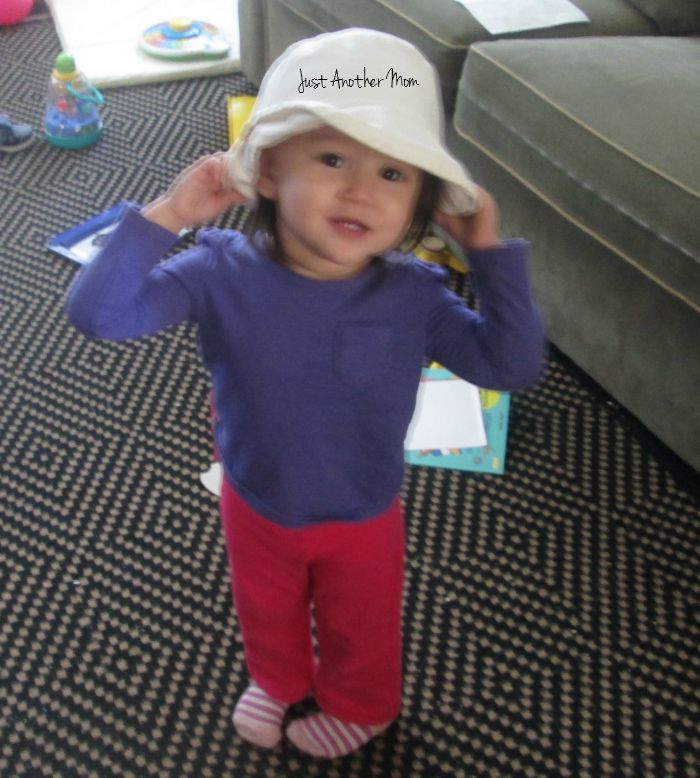 I have my happy go lucky, easy going, I’m ready to sing along with EVERY song in the movie Squeaker.

But then I can hear it- the nagging voice in the back of my head. The supermom conscious that says it’s not okay to do this. That I should be spending every waking minute with her. That we should be optimizing all of our time together. We need to do that craft or that she needs to learn how to spell her name and speak a foreign language.  Or that we could be outside playing or going for a walk. I hear the hands-on mom voice reprimanding me and judging.

And I feel that nagging bit of guilt that I should be spending time with her. That I could be sitting with her, cuddling underneath her Olaf blanket and watching her favorite movie.

But then I remember, while my hands are covered in soapy water or while I straighten up the one disastrous corner of the living room where her stuffed animals are- I can get stuff done.

In those 102 minutes while she’s watching Frozen, I can make the most of my time and get stuff done.

And I refuse to feel guilty about it.

But what about nap time, you may ask? Why not use that time to get stuff done?

Because, after chasing after the toddler, cleaning up her messes, dancing along to whatever it is that she’s found on YouTube; I need a nap myself. So maybe I could be more productive during that time too, but I choose not to be.

And besides, nap time is not always a guarantee in this house. Frozen time is.

When she’s older, obviously it will be different. She’ll be in school (more on that one later) and I’ll have time during the day to do stuff and get stuff done while she and Sweet B are at school. But, for right now, when I need to get something done without her hanging on my leg or following after me like I had sewn her on as my shadow- Frozen works for me.

Indeed! Sometimes I do use that time to catch up with a good book.