You are here: Home / Autism and Special Needs / Yoga for Kids (and adults, too!)

I’ll have another post up soon about all of the components that we’re using for our afterschooling program, and today I wanted to share another part of it. Sweet B does receive adapted physical education time as a part of her IEP. They have a nice gym at her school with adaptive equipment available. She also goes bowling on the weekends and will soon start taking part in swimming lessons. One of the other ways we get our physical activity and gross motor play in, is by adding in a board game to our afterschooling routine. But this isn’t just your average board game- this one promotes yoga for kids (and adults, too!). 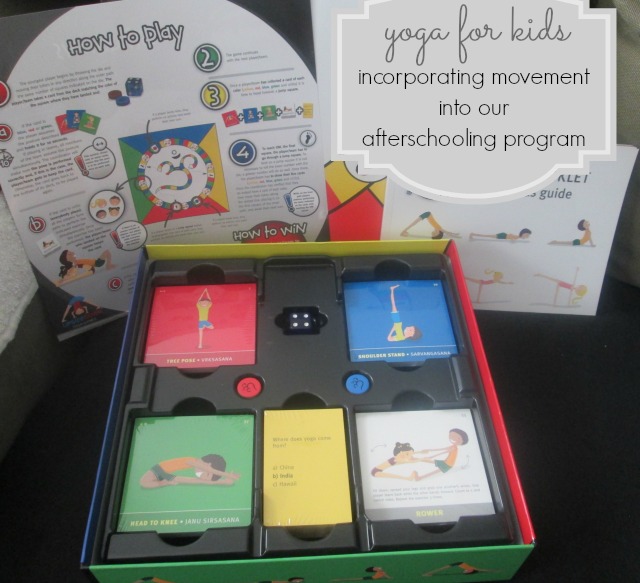 Just Another Mom received complimentary product to facilitate this post. No monetary compensation was received. The opinion given is 100% honest and mine alone.


Sweet B will occasionally do yoga as a part of her physical education component at school and yoga is always one of those things that I’ve wanted to try. I have done pilates in the past, but yoga always appealed to me. I’m not sure if it was the fitness aspect or the stress relief… or maybe it was both. Whatever the case, I wanted to integrate yoga into my life on a regular basis.

Now, with the Magic Path of Yoga from Upside Down Games, we can bring yoga into her afterschooling program and have it on hand as a new choice from family night activities.

But what exactly is yoga?

The word “yoga” comes from the Sanskrit root yug, which means “union”. Yoga is the union of the body, mind, and spirit, attained through the continuous practice of postures, breathing, and meditation.

Linked to ancient Hindu wisdom, yoga has been around for thousands of years. Its origins are lost in time, but its foundation can be found in the first Hindu scriptures, such as the Vedas, the Upanishads, and the Bhagavad Gita.

While the west began its endless quest for progress, wealth, and comfort, based on the study of science and technological advancements, the east looked inward, melding the mind and spirit in an effort to reconcile the true essence of man. To this day, the east continues to practice yoga as a part of the path to enlightenment.

Okay, so that’s what yoga is but why yoga for kids?

Not only will they learn to stretch, to breathe better, and to relax, but kids that practice yoga will also increase their power of concentration and improve their posture. This helps them to start gaining control of their bodies and minds. Beginning at age six, kids can safely perform the more common yoga poses. It is recommended, at that early age, that kids perform the postures a greater number of times, but that they stay in each pose for less time, to avoid boredom.

According to yoga teachers and instructors, yoga routines for kids should be engaging, lively, and fun: that is to say, kids need to be entertained! Upside Down Games aims to fill this need, ensuring that kids’ first contact with yoga be imbued with a strong sense of playfulness.

Not bad huh? If you’re still not convinced, check out these great benefits:

The practice of yoga aids in building healthy bodies and in the balance of body and mind. Yoga, with its different poses (asanas), benefits each of the body’s various systems:

So that’s all well and good, right? Here’s what you get in the Magic Path to Yoga Game: game board, yoga pose card, ‘how to play guide’, and instructional booklet. 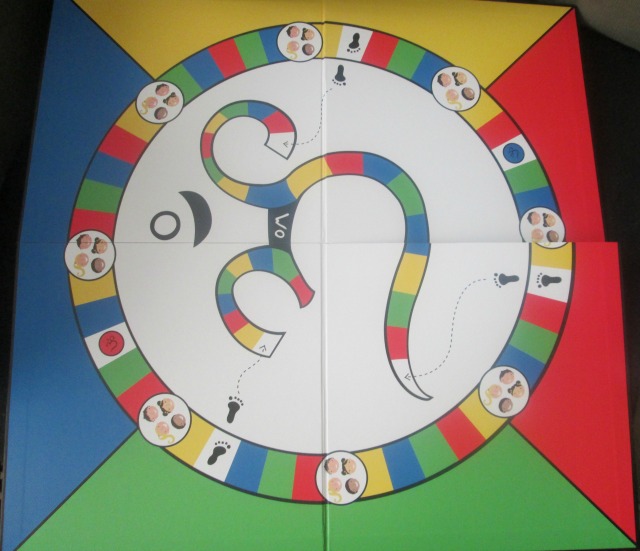 There’s a shot of the game board and in the main image, you’ll see everything that’s included in the board game box.
So far, we’re really loving using this game in our afterschooling program though we have yet to play it during a family night when Kyle’s boys are here. I’m not so sure if they’ll like it as well, but one day we should try it out. I also look forward to bringing Squeaker into the fun when she’s old enough. Which, according to the box, won’t be until she’s 6.
So if you’re looking for a fun way to introduce yoga into your home, check out the Magic Path of Yoga- you won’t be disappointed.
Check out Upside Down Games:
Twitter * Facebook * YouTube
The following two tabs change content below.

This is interesting! I know kids are way more flexible than adults though. With Yoga, I would definitely need an instructor. I’d probably hurt myself. LOL.