Even though it’s officially spring, the weather still doesn’t feel very spring like here in New York. Maybe that’s why I’m still looking for soup and stew recipes. And it’s also because I like soup. This most recent soup recipe came about because of a church function where someone else had made the most delicious and tasty unstuffed pepper soup. All of the elements and ingredients of stuffed peppers, but in soup format. I was sold. Of course, I never asked for the recipe but I figured I should be able to duplicate it at home with thanks to Google and/or Pinterest. The recipe that I found seemed similar enough to the soup I had, so I was mostly set. 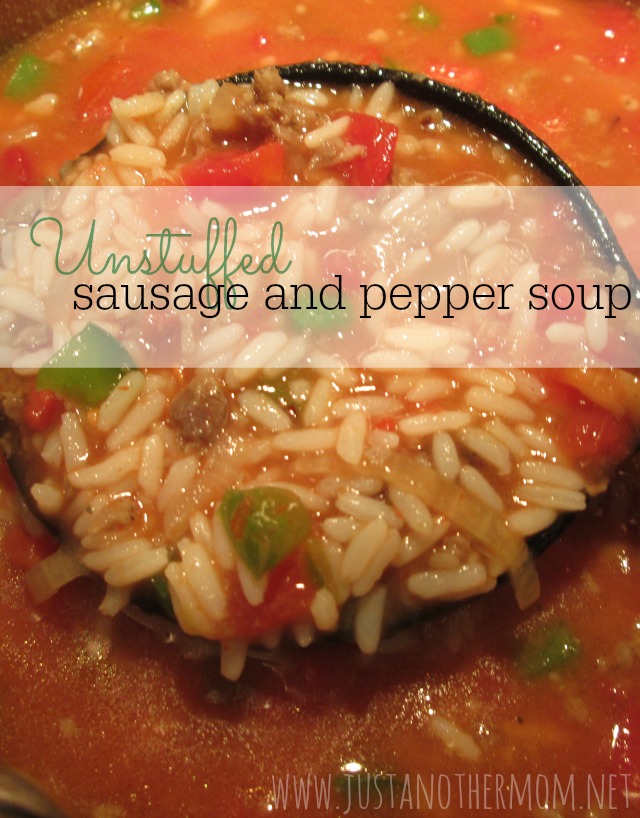 The original recipe, from Taste of Home, used ground beef. But, because I wanted something closer to the soup that I had at church, I used sausage instead. Other variations? Well, when I texted the shopping list to Kyle, I neglected to ask for tomatoes. But, after a quick scan of the pantry, I decided I had a decent substitute. Maybe next time I’ll stick closer to the original recipe and see how it goes.

I can’t say that my changes were bad at all because we really enjoyed how it came out. Because of the Ro*Tel it does have a bit of kick to it, but that was also okay with us. To take the edge off, the next day I added a bit of sour cream to my soup before enjoying for lunch. This also seemed to help Squeaker as she was more willing to eat this soup once the sour cream had been added.

So would we make this again? Absolutely. Either the original directions or with our existing modifications.

This recipe looks absolutely delicious. Can’t wait to try it and see if it is a hit with my boys. Stopping by from the Create Link Inspire Party!
Amanda
http://www.queenofthelandoftwigsnberries.com

I love how easy this recipe is. Depstie the days getting warmer, I still love soup!